Abacus: Why Your Kid Should Learn It
August 12, 2022 by Desappriyan S

Have you ever considered the importance of your child learning abacus?

Abacus is a math tool invented by Tim Cranmer that has now been used around the world to turn on the mental abilities of children. Abacuses are used for mental calculations such as addition, subtraction, multiplication, and division. There are two regions in it – the upper and lower regions. A center rod called a bar marks the division. In order to calculate numbers with an abacus, kids use their hands and a tool with beads. 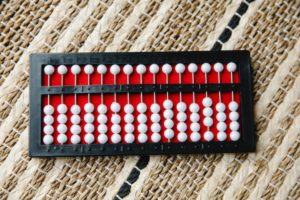 The primary benefit of learning Abacus is to enhance a kid’s brain power by upgrading their brain skills. Kids use abacuses to calculate numbers using their hands and a tool with beads. Brain sensors are believed to be activated by finger movements. Abacus enhances their confidence, sharpens their skills, and makes them proficient in mathematics.

It plays an important role in molding a fully functional brain as well as developing other cognitive skills in children especially in the early stages of childhood. 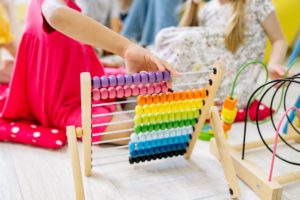 Learning abacus has the following benefits:

Kids have become increasingly interested in learning Abacus, which helps their young minds understand numbers and calculations. Abacus classes teach kids number manipulation skills, decimal grasp, and digit correlation among other skills through the use of calculation methods.

Next article Learn about the benefits of Abacus for children