Biology: The study of living things
July 28, 2022 by Desappriyan S

Biology – what is it? It is the study of life, in all its splendor. From the smallest algae to the largest elephant, biology encompasses all life forms. But how do we know if something is alive? Is a virus alive or dead, for example? Biologists have developed a set of criteria known as “life characteristics” to answer these questions.

A living thing includes both the visible world of animals, plants, and fungi, as well as the invisible world of bacteria and viruses. On a fundamental level, life is ordered. The organization of organisms is enormously complex. Cells are the basic unit of life, and we are all familiar with their intricate systems.

Life can work. No, that does not mean all animals can work. Living creatures can absorb energy from their environment. Energy is converted into food in order to maintain metabolic processes and to survive.

As life develops, it grows. In other words, it means more than just replicating or growing larger. When injured, living organisms can also rebuild and repair themselves.

It is possible for life to reproduce. Have you ever seen filth breed? I don’t think so. Life can only come from other living creatures.

Life may respond. Think back to the last time you accidentally touched your toe. Almost instantaneously, you have retreated into pain. This response to stimulation characterises life.

Lastly, life can adapt and respond to the requirements of the environment. There are three fundamental types of adaptations that can happen in higher organisms.

In short, life takes shape, “works”, grows, reproduces, responds to stimuli and adapts. These characteristics serve as the foundation for the study of biology. 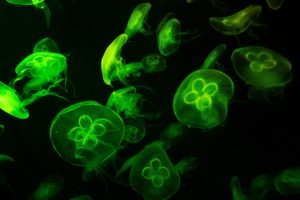 Cell Theory: Cells make up all living organisms. The cell is the fundamental unit of life.

Gene Theory: Gene transmission is how traits are passed down. Genes are DNA structures found on chromosomes.

Evolution: any genetic change in a population that is passed down through generations. These modifications can be small or large, noticeable or not.

Homeostasis: ability to maintain a constant internal environment in response to changes in the environment

Thermodynamics: Energy is constant, and energy transformation is inefficient.